You might be asking yourself “who would confuse a bird with a rabbit?” or vice versa…but apparently, there are quite a few folks across the internet that seem to be split on what exactly is in this now-viral video.

A University of Oslo researcher in biological psychiatry in Norway uploaded a video to Twitter on Sunday, August 18th, 2019 – and it has reached even the deepest corners of the interwebs…all the while stirring up a debate all too familiar.

You might recall that just a few years ago, the internet was abuzz trying to figure out if this dress was black/blue or white/gold.

But, today it seems folks have turned their attention to a video of an animal being pet by someone. But what kind of animal is it? 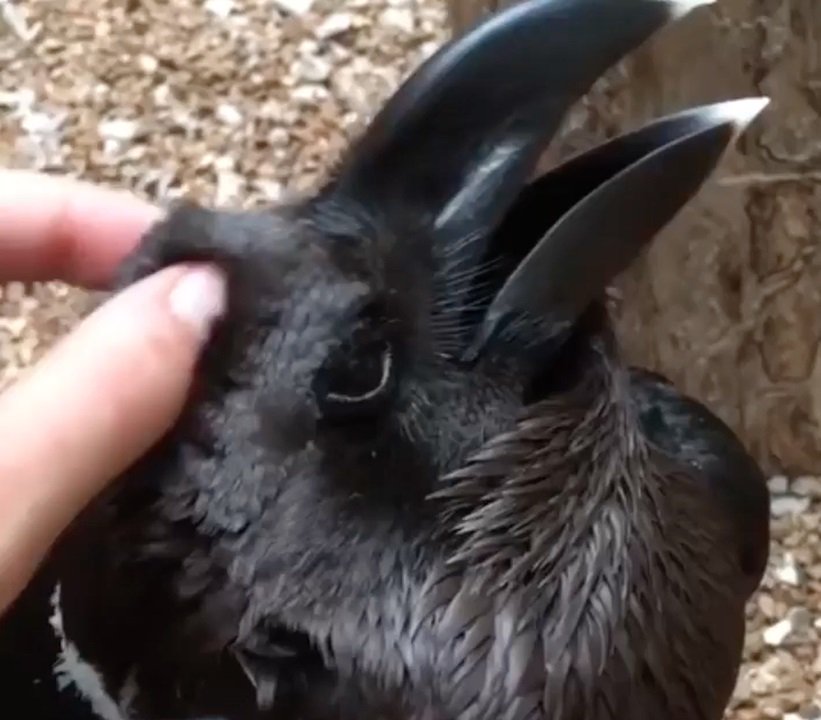 Many see the two pointed ears of a bunny as a person is scratching his nose. In fact, even Daniel Quintana’s original tweet says “Rabbits love getting stroked on their nose.” But that hasn’t stopped the slew of folks claiming that it’s not even close to a bunny.

The ones that believe it’s not a rabbit say that it’s a black raven with the stroking happening on top of the bird’s head.

Rabbits love getting stroked on their nose pic.twitter.com/aYOZGAY6kP

The truth? Well, it’s a lot simpler than trying to sort out what parts of the animal are “feathered” or “fur.”

A comment in response to Quintana’s tweet points out that if you pay very close attention to the way the animal blinks – you’ll be able to spot what kind it is.

Check out the science behind it below.

That is not a rabbit, it is indeed a Corvid. Notice the nictitating membrane when it blinks. Instead of moving up and down, it sweeps across the eye horizontally like a windscreen wiper and is translucent.

Mark Chesnutt has been through a lot this past year…

The Harry Country Police Department shared a public update on social media revealing that an 11-foot alligator pulled a resident into the pond and killed them on Friday at the Myrtle Beach Golf and Yacht Club near Burgess.

After he opened up about his cancer diagnosis, these imposters started sharing false updates about his health…

The University of Southern Flordia just announced that biologists caught the biggest Burmese python ever found in the state. The female snake was almost 18-foot-long, weighed 215-pounds, and was carry about 122 eggs.

Anita Alvarez, an American swimmer competing at the World Championships is lucky to be alive after she fainted on Wednesday and had to be rescued by her coach Andrea Fuentes.